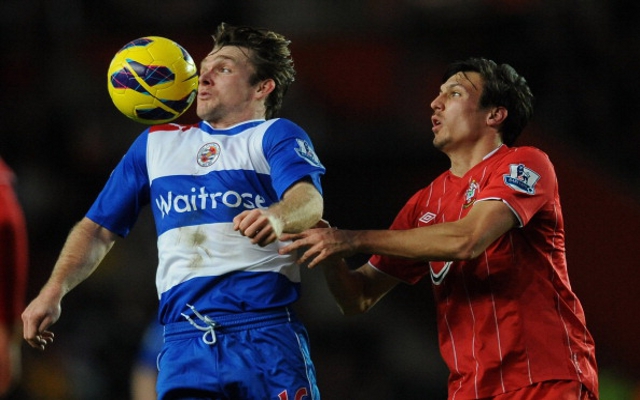 Midfielder told he has no future at the Madejski Stadium.

Check in to Newcastle United vs Reading

Midfielder Jay Tabb has been told he can leave Reading in the January transfer window after falling out of favour.

Tabb was a regular in the engine room of the Reading side in the first half of the campaign as the Premier League new boys struggled with life back in the top flight. And after being axed following 15 appearances this season, the 28-year-old has been made surplus to requirements by manager Brian McDermott.

Following the arrival of new signings Hope Akpan from Crawley and Daniel Carrico from Sporting Lisbon, Tabb, who joined Reading from Coventry City in 2009, has fallen further down the pecking order.

“Jay Tabb is a fantastic person and I need to do right by him,” McDermott told BBC Radio Berkshire. “I’ve spoken to him and I’ve said if the right opportunity comes your way that you think is right and the clubs do a deal then I will not stand in your way.

“The last thing I want to happen with Jay is to come to the end of the summer and he is stuck in queue with a lot of other players. I rate him very highly, but at this moment in time he has not been offered a contract.

“It is a balancing act. We have just signed Hope Akpan and Daniel Carrico and have five or six top midfield players and if Jay wants to play elsewhere then I will do right by him.”