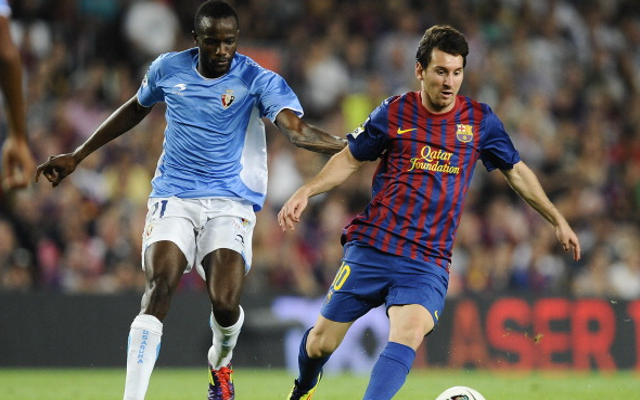 Belgian winner signs on at the Liberty Stadium.

Check in to Swansea City vs Stoke City

Swansea City have completed the capture of Belgian international Roland Lamah, but have signed the winger on an 18-month loan deal from Spanish side Osasuna rather than on a permanent basis.

Liberty Stadium boss Michael Laudrup has returned to Spain for his latest capture having enjoyed success with his forays in the transfer market to La Liga with the additions of Michu, Chico Flores, Pablo Hernandez and Jonathan de Guzman.

Lamah, who was born in the Ivory Coast but who represents Belgium at international level, was expected to join on a permanent basis but Swansea have struck a long-term loan deal until the end of the 2013/14 season.

The 25-year-old, who has played in Holland, France, Belgium and Spain during his career, said: “This is a great opportunity for me and I’m happy to be here. I know a few of the players here, and I already know that Swansea is a family club that will suit my style of play.”

“To play in the Premier League is a dream, and also to play under Michael Laudrup is fantastic for me. I am looking forward to starting training and meeting the squad, and then I want to show everyone what I can do.”