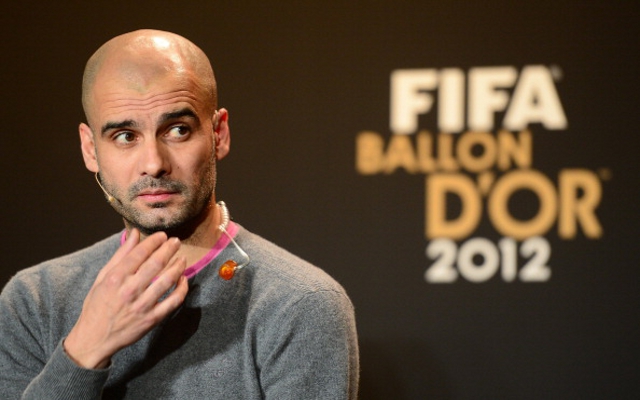 Former Barcelona boss Pep Guardiola has confirmed his intention to fulfill his desire to manage a Premier League club according to BBC Sport.

The 41 year old is currently on a sabbatical but hopes to be back in management this summer and news of his interest in working in England will certainly alert Man City, Man United & Chelsea, all of whom are said to be monitoring the Catalan coach.

Speaking of his hope to work in England Guardiola said;

“As a player I couldn’t realise my dream to play there [in England].”
“But I hope in the future, I have a challenge to be a coach or a manager there.”

“It is unique, to play in that league. I want to feel the supporters, the environment, the media and the style of the players and everything.”

“I am still young, just 41, so I hope in the future I could be able to train there and enjoy that. I’ve always found English football very fascinating, just for the environment, the crowd and the supporters.”

“The support of the home team is amazing. In Italy, Latin people will support you when they are playing and when you lose, they kill you.”
“In England, I’m always surprised that people always support everything and that is nice.
“That’s why, maybe, I hope to have the challenge or the opportunity to train there.”

Guardiola had a hugely successful four year spell in charge at the Nou Camp, leading Barcelona to three La Liga titles in his four years in charge of the club as well as two Champions League triumphs. He also spent 11 successful years as a player with the Catalan giants.