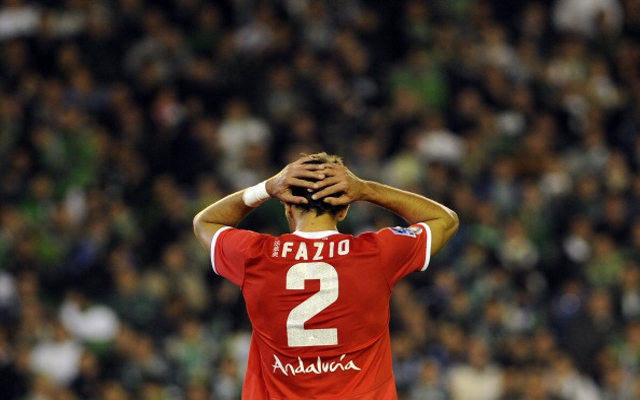 Anfield side keen on Sevilla battler.

Liverpool are interested in Sevilla’s Federico Fazon according to the Metro.

Brendan Rodgers is reportedly targeting the versatile Argentine international as he looks to strengthen his Anfield squad this month.

The Liverpool boss is apparently turning to Fazio having missed out on Molde defender Vegard Forren, who is Southampton bound.

Fazio has been put up for sale by Sevilla due to their crippling financial problems and as well as interest from the Merseyside outfit Bundesliga sides Hamburg and Hoffenheim are keen on the 25 year old.

According to this source, Fazio could cost just £3m, and that is a bargain price for a player who can effectively ability play either as a centre-back or as a holding midfielder.

Fazon has spent six and a half years at Sevilla and may well be tempted by a new challenge in the Premier League.