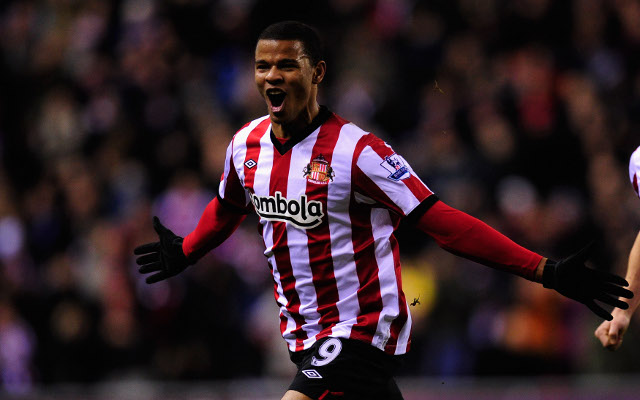 Forward on his way back to the Championship?

Championship high-flyers Cardiff City are close to agreeing a deal to sign Sunderland striker Fraizer Campbell in a deal expected to be around £650,000.

Campbell has struggled to break into Martin O’Neill’s Sunderland team this season, appearing from the bench for the majority of his 15 appearances, and has found the net only once.

And O’Neill’s restructuring of the squad at the Stadium of Light is set to continue with the sale of 25-year-old Campbell, who last season earned an England cap when coming on as a late substitute against Holland.

“We have been in contact with Sunderland concerning Fraizer Campbell,” said Cardiff City manager Malky MacKay. “We are interested in the player and are having discussions with the club at the moment. We hope to come to an agreement.”

Sunderland splashed out £3.5million to sign Campbell from Manchester in 2009 but, after a successful first season on Wearside, he twice suffered serious knee injuries and has failed to recapture his best form.

While with Manchester United, he had spells on loan at Royal Antwerp, Hull City and Tottenham. Hull, who are managed by former Sunderland manager Steve Bruce, had been keen on resigning Campbell this month.