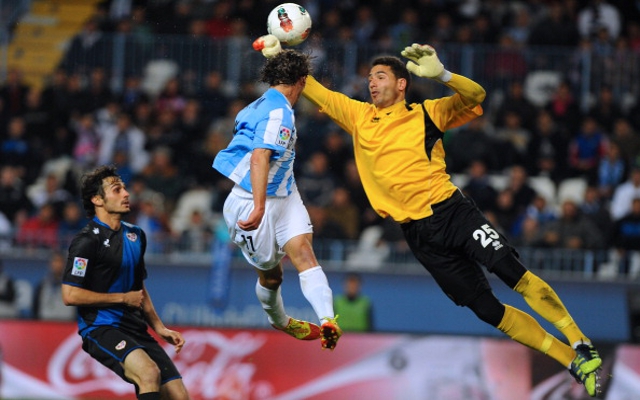 Wigan have ended their search for a new goalkeeper after completing the signing of Joel Robles on loan from Atletico Madrid for the remainder of the season.

Manager Roberto Martinez has been keen to bring in a goalkeeper to act as back up to first choice Ali Al-Habsi, and he has ended the search with the capture of 22-year-old Robles, who has spent the season as understudy to Thibaut Courtois at Atletico.

An Atletico statement read: “Atletico Madrid and Wigan Athletic have reached an agreement so that Joel Robles, after a trial period with the English club, will play on loan until June 30 with the Premier League team. The goalkeeper will return to the Rojiblanco at the end of this loan period.”

One player who is not likely to be on his way to Wigan, however, is Leeds United’s £4million-rated striker Luciano Becchio, who was linked with the move after being left out of the Leeds squad in the FA Cup clash with Birmingham.

Martinez’s priority is to bring in a defender after Ivan Ramis was ruled out for the rest of the season, according to Sportinglife: “We have got a little bit of room to bring one or two players. I spoke with the chairman yesterday and the injury to Ivan has put us in that situation.”