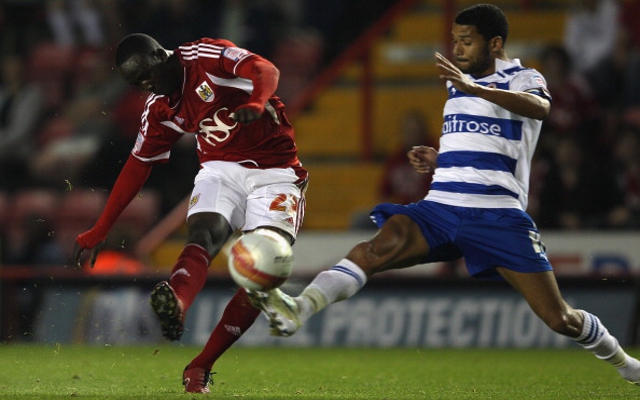 Bristol City winger Albert Adomah is at the centre of a four-way battle with Premier League rivals Aston Villa, Swansea, West Brom and Wigan all keen on signing him.

The Sun report that Aston Villa and Wigan are the latest club’s to join the race for his signature with Swansea and West Brom having already expressed an interest in the 25-year-old Ghanaian international. Championship clubs Cardiff City, Crystal Palace and Middlesbrough have also been

Adomah, who moved to Ashton Gate from Barnet for £150,000 in 2010, has impressed watching scouts this season despite Bristol City struggling in the Championship and is likely to command a significant transfer fee in the region of £3million.

He is currently on international duty at the African Nations Cup with Ghana and has yet to meet new Bristol City boss Sean O’Driscoll, who was appointed last week following the sacking of Derek McInnes.

A Bristol City source, however, told The Post that the club have yet to receive any formal approaches for the right-winger.  “We have received no bids for Albert Adomah and this is all pure speculation,” they said.