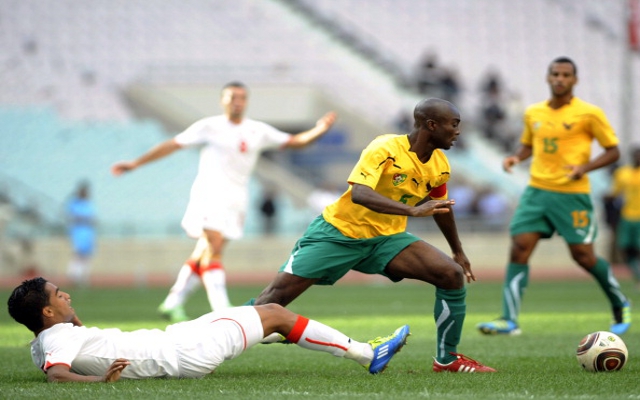 Serge Akakpo, captain of the Togo team that begin their African Nations Cup campaign on Tuesday, is hoping to end the tournament by securing a move to the Premier League.

Akakpo is currently playing in the Slovakian domestic league for MSK Zilina but the 25-year-old, hopes to impress scouts from leading Premier League clubs in African Nations Cup tournament over the next month.

The defender is close friends with Tottenham defender Younes Kaboul as well as Arsenal’s Abou Diaby, Newcastle’s Hatem Ben Arfa and Manchester City’s Samir Nasri from his days playing for Auxerre in France, where he first made his name, and hopes to join them in England.

“I have lots of friends there like Younes Kaboul and Abou Diaby, who I played with for Auxerre, and Hatem Ben Arfa and Samir Nasri, who were also my team-mates,” the Sunday Times quote Akakpo, whose international team-mates include Totteham striker Emmanuel Adebayor and Wolves forward Abdoul-Razak Boukari, as saying. “England today has the best championship in the world. Playing there is my dream.”

Togo begin their African National Cup campaign against the Ivory Coast on Tuesday.