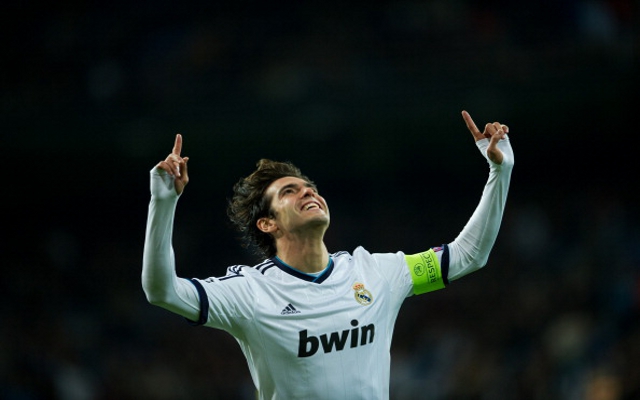 Real Madrid star will not be heading back to the San Siro.

Kaka’s move back to AC Milan has collapsed after the Italian side were unable to agree terms with the Real Madrid midfielder.

The San Siro giants had made the re-signing of Kaka their priority in the January transfer window and were involved in intense negotiations with Real Madrid. But they could not come to an agreement with the player himself over contract terms and withdrew from the deal on Monday.

“The negotiation for Kaka has broken down,” AC Milan vice-president Adriano Galliani told reporters on Monday. “It is not possible to complete the deal because of fiscal reasons. The deal broke down about an hour ago. But we had agreed on everything else.”

Kaka made his name at Milan during six seasons at the San Siro between 2003 and 2009 before he left to join Real Madrid in a staggering €68.5 million deal. The 30-year-old Brazilian international has had an injury hit-four four season in the Spanish capital, and has played only a bit-part role in Jose Mourinho’s team this season.

The collapse of Kaka’s transfer could pave the way Mario Balotelli to return to Italy from Manchester City with the only previous stumbling block to his £31million move previously being the fee itself.