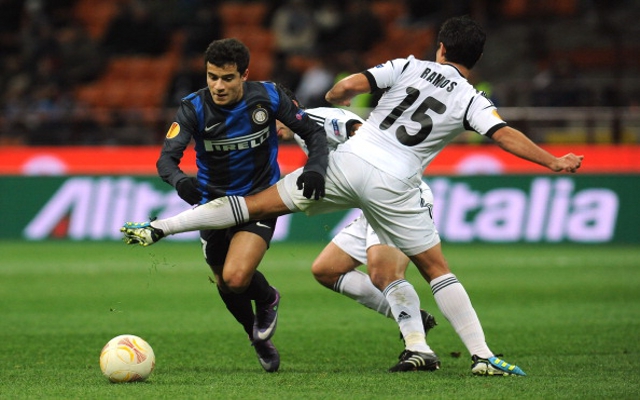 Brazilian midfielder prefers to stay in Italy over Anfield move.

Liverpool’s hope of signing Brazilian midfielder Philippe Coutinho has suffered a blow after the Inter Milan vow to stay and fight for his place at the San Siro.

Anfield boss Brendan Rodgers has placed an £8million bid for the 20-year-old Brazilian international, but was told he would need to meet Inter Milan’s much higher valuation to be able to open talks with the youngster.

But Coutinho, who Liverpool turned to after missing out on his team-mate Wesley Sneijder following his decision to join Galatasaray in Turkey, is not interested in a move to the Premier League at this stage of his career and wants to fight for his place in Inter Milan.

“The Liverpool offer? I’m happy with these offers, because it means I am doing my job well,” Coutinho told Sky Italia. “But I think Inter have faith in me and I want to show my value here. I don’t feel that I’m on my way out. I hope to stay at Inter.

“The young players feel the faith of the coach and of the club: me, Juan Jesus, Benassi, Bessa and the others.”

Liverpool also to appear to have shelved their interest in re-signing midfielder Tom Ince, who they sold to Blackpool, because of an increasing asking price.