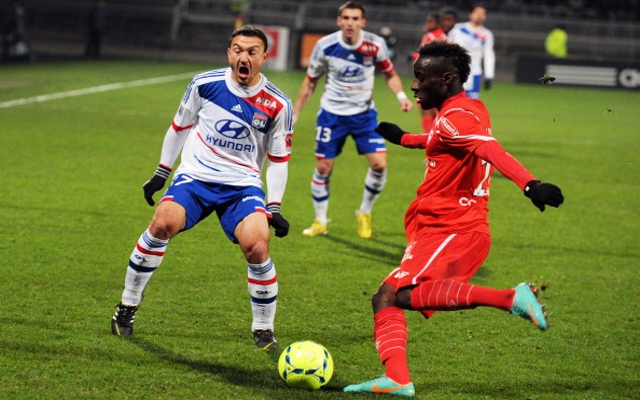 Young French defender Massadio Haidara is set to join Premier League Newcastle United after an agreement was reached with his club Nancy.

St James’ Park boss Alan Pardew has been on the trail on the 20-year-old full-back throughout the January transfer window and looks set to confirm his capture over the next 24 hours once Haidara undergoes a medical on Tyneside.

“After 46 games and two-and-a-half years in the Nancy shirt, Massadio Haidara is leaving his former club for Newcastle United, currently sixteenth in the Premier League,” a statement on the club’s website read. “The two clubs have reached an agreement and will finalise the transfer on Tuesday.”

French under-21 international Haidara has played 17 times for Nancy this season, although he has been unable to prevent the club from sitting bottom of Ligue 1 in France.

He will be Newcastle’s second signing of the January transfer window and joins compatriot Mathieu Debuchy, the French international right-back, at St James’ Park following his move from Lille earlier this month.

Newcastle are also trying to sign striker Yoan Gouffran from Bordeaux and Montpellier defender Mapou Yanga-Mbiwa, while they also have an interest in St Etienne forward Pierre-Emerick Aubameyang.