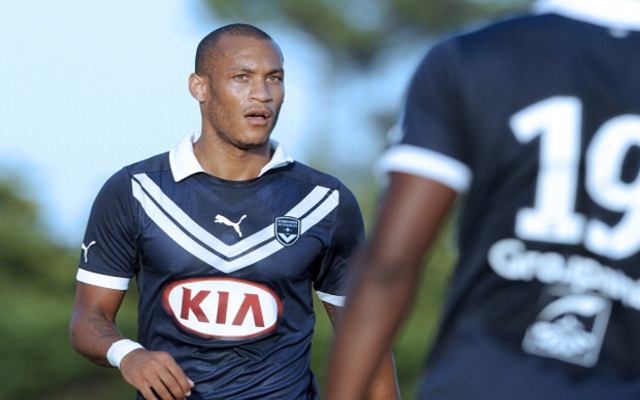 Newcastle United’s search for a new striker is set to end with the capture of French forward Yoan Gouffran from
Bordeaux.

According to Sky Sports, Newcastle have increased their initial £750,000 to a figure closer to Bordeaux’s asking price and are now on the verge of bringing the former French under-21 international in as a replacement for Demba Ba, who joined Chelsea for £7.5million earlier this month.

Manager Alan Pardew missed out on his first choice target when Marseille’s Loic Remy chose to join QPR over a move to Tyneside, but looks to have finally signed a new frontman in the shape of Gouffran, who has scored 30 times in 133 games for Bordeaux.

Newcastle’s French revolution began with the signing of international right-back Mathieu Debuchy from Lille and is also set to continue with Montpellier centre-back Mapou Yanga-Mbiwa and Nancy full-back Massadio Haidara also set to make the move across the English Channel.

A swoop for a fifth French-based player is also understood to have been made but it is expected that the target in question – Toulouse midfielder Moussa Sissoko – is more likely to be a summer addition after the completion of the current season.