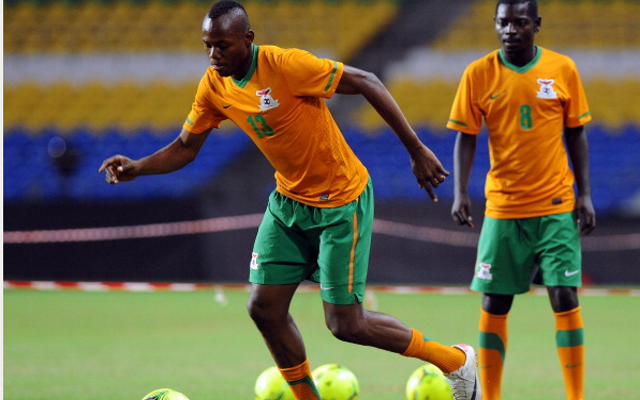 Reading have been forced to put the signing of Zambian international defender Stoppila Sunzu on hold because of a contract row with his current club.

Manager Brian McDermott was hoping to tie up a deal for the 23-year-old defender following a successful trial period at the Madejski Stadium and passing a medical already, and was set to sign Sunzu for £2.5million from TP Mazembe, who play in the domestic league in the Democratic Republic of Congo.

Despite Arsenal declaring an interest at a late stage of the deal, Sunzu was expected to become a Reading playing once concluding his international duties with Zambia at the African Nations Cup in South Africa.

But, according to Sky Sports, the completion of the transfer has stalled because of a contract row with Sunzu believing he has been a free agent since December and TP Mazembe, who he has been with for the last three years, claiming he is under contract until 2015.

Reading’s search for defenders to aid the club’s fight against relegation from the Premier League has also seen them linked with a £1.5million move for Birmingham City’s Curtis Davies, who has top flight experience from his days at West Brom and Aston Villa.