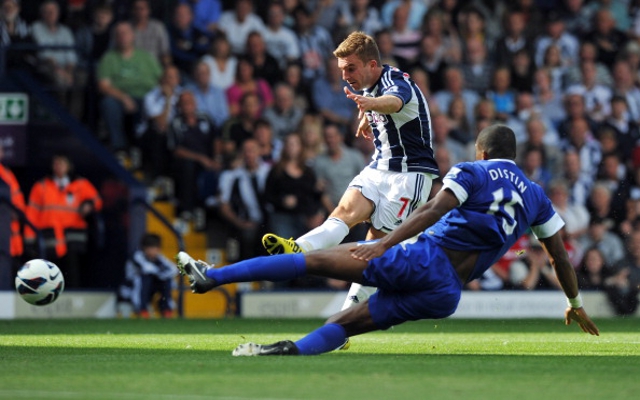 Everton defender Sylvain Distin has ended speculation about his future by signing a new one-year contract at Goodison Park.

Distin had been the subject of interest from Premier League strugglers Queens Park Rangers and was also rumoured to be on Sunderland’s wanted list as a January transfer window signing.

But the 35-year-old Distin, who has played for Newcastle United, Manchester City and Portsmouth in the Premier League, rejected the chance of a move and has now committed his future to Everton by signing a one-year contract extension.

The Frenchman joined Everton from Portsmouth in a £5million deal in 2005 and has once again been a first-team regular alongside Phil Jagielka at the heart of the defence in David Moyes’ side. He joins Jagielka and Seamus Coleman in signing new deals at the club.