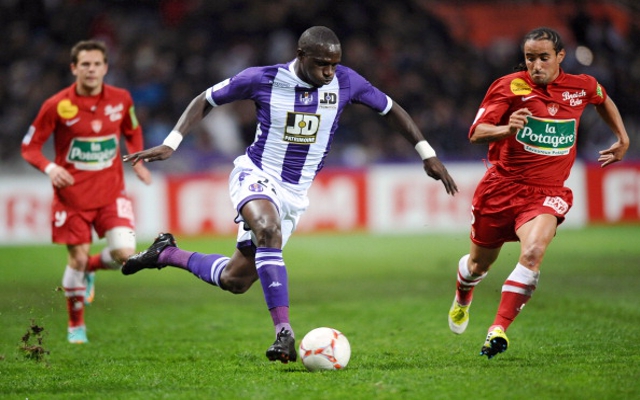 St James’ Park to welcome yet another Frenchman.

Ligue 1 side Toulouse and English Premier League strugglers Newcastle United are close to finalising a deal that will see France midfielder Moussa Sissoko move to St James’ Park, according to Sky Sports.

The player is expected to sign a five-and-a-half-year deal with Newcastle, who currently sit in 16th position in the Premier League.

Sissoko, who was left out of the Toulouse squad for Wednesday’s French Cup defeat away to Paris Saint-Germain, has so far refused to leave the club this month or to extend his contract, which is set to expire in the summer.

However, it now appears that the player, who has been on the books at Toulouse since the age of 13, will agree to leave after being told by president Olivier Sadran that he would otherwise be banished from the first team for the remainder of the campaign.

“Olivier is now determined to see the move through, for him it’s a matter of principal,” said a source close to the Toulouse president.

Representatives of the 23-year-old, who has been capped six times by France, have therefore reopened negotiations and a transfer is set to be agreed for a fee in the region of 2.5 and 3 million euros (£2.1m-2.5m, $3.3m-4m).

Several sources close to the deal say that Sissoko has agreed to waive any signing-on fee, which would have amounted to a considerable sum had he waited until the summer to move.

He had previously claimed that he would have been prepared to “play for the reserves or even the under-14s until the end of the season.”

Now he is set to join Newcastle’s burgeoning colony of French players, following in the footsteps of centre-back Mapou Yanga-Mbiwa (Montpellier), right-back Mathieu Debuchy (Lille) and striker Yoan Gouffran (Bordeaux), who have all moved to Tyneside this month.

Six other Frenchmen were already on the books at Newcastle, in the shape of Yohan Cabaye, Romain Amalfitano, Hatem Ben Arfa, Sylvain Marveaux, Gabriel Obertan and Mehdi Abeid.

Sissoko, a powerful, leggy midfielder who has returned to the international set-up since the appointment of Didier Deschamps as France coach last summer, has made 192 Ligue 1 appearances for Toulouse, scoring 20 goals.