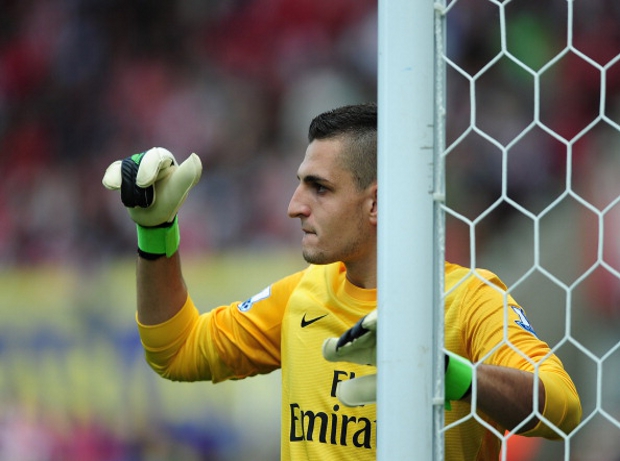 Vito Mannone to be offered chance to return to Italy.

Arsenal reserve goalkeeper Vito Mannone is to be offered the chance to Italy with Serie A club Napoli keen to sign him in the transfer window.

Mannone has been with Arsenal since the age of 17 but has failed to make the number one jersey his own in his seven years at the club. He remains an understudy to Emirates Stadium first choice Wojciech Szczesny, but now 24 is keen to play first-team football.

And, according to the Daily Express, that opportunity could come back in the Italy youth international’s homeland with Napoli interested in signing Mannone to become the long-term replacement to 35-year-old Morgan De Sanctis, who is first choice at the Italian side.

Prior to this season, Mannone had played only 10 times for Arsenal. But he has already featured 13 times for Arsene Wenger’s side this campaign after deputising for a significant time for the injured Szczesny.

During his Arsenal career, Mannone has also been loan out three times – once to Barnsley in the 2006/07 season and Hull City on two other occasions during the 2010/11 and 2011/12 campaigns.