Arsenal boss Arsene Wenger is reportedly interested in Chelsea striker Romelu Lukaku and may look to make an offer for the Belgian in the summer.

The 19 year old striker was an Arsenal target prior to his move to Stamford Bridge in August 2011 but having struggled to gain a foot-hold in the Blues first team the powerful forward was sent on a season long loan spell at West Brom.

Lukaku has thrived at the Hawthorns, netting nine Premier League goals despite making just nine starts, and the youngster has openly stated his hope to remain at West Brom beyond this season. No doubt the fact that he has garnered regular first team football has led the striker to hope to remain at a club who won’t consign him to the bench for long periods. 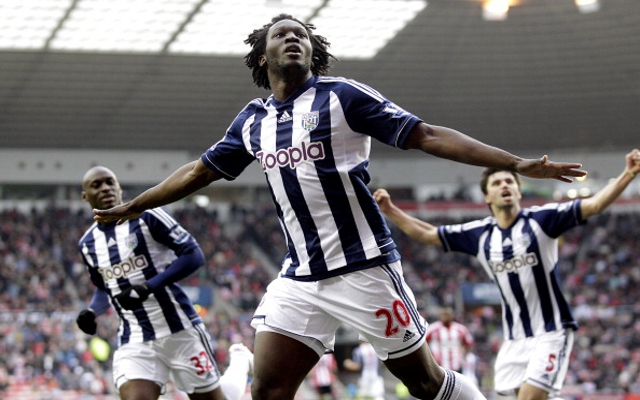 A move to Arsenal may well tempt the youngster, especially if he feels he has little future at Chelsea. The West London club may not be willing to sell the striker to a direct rival but similarly they may elect to cash in on the former Anderlecht man if they do not see Lukaku as having a future at Stamford Bridge.

Chelsea have handed Lukaku just one Premier League start following his £18m move to the club and even though the club opted to sell Daniel Sturridge this month, coupled with a poor run of form from Fernando Torres, they did not feel the need to recall the starlet from his loan spell and this could perhaps be indicative of the player’s long term Blues prospects.

Arsene Wenger does not have a raft of striking options in his current squad, especially given that the Frenchman opts to use Gervinho and Lukas Podolski in wide roles, and may feel that he can harness Lukaku’s obvious potential.

The success of any potential bid for the Chelsea man may well depend on just how much Arsenal are willing to offer for the forward and one would imagine that the Emirates Stadium side would have to offer a sum upwards of the fee Roman Abramovich forked out for Lukaku 18 months ago.