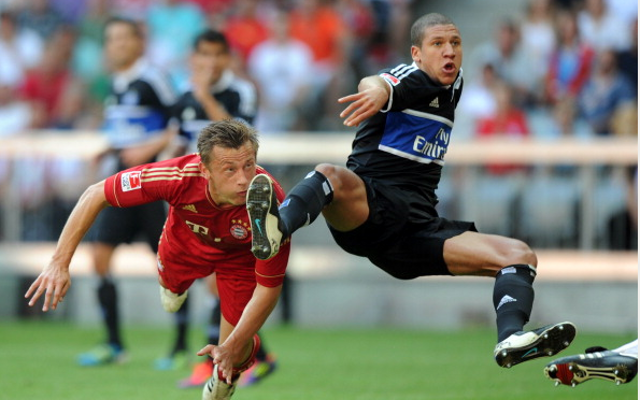 Chelsea defender Jeffrey Bruma is set to seal a move away from Stamford Bridge with Bundesliga side Hamburg keen to turn his loan deal into a permanent switch.

Dutch international centre-back Bruma has played just nine times for Chelsea and is now on his second loan deal away from the club having spent time with Leicester City two seasons ago and the last 18 months at Hamburg.

The 21-year-old has still not been a regular in the Hamburg first-team but the German top-flight club, whose general manager Frank Arnesen first brought Bruma to Chelsea from Feyenoord in Holland, are considering offering him a permanent transfer.

“The manager and the general manager have signalled that they would like to see me staying on at Hamburg long-term,” Bruma was quoted as saying by Hamburger Morgenpost. “They want me to sign permanently on a long-term contract.

“I feel that I have to play first-team football to progress. I am, however, pleased that a club like Hamburg want to sign a permanent deal with me.”

Bruma, who has been capped four times by Holland at international level, is likely to be sold by Chelsea this summer when he will have just a year left on his contract.