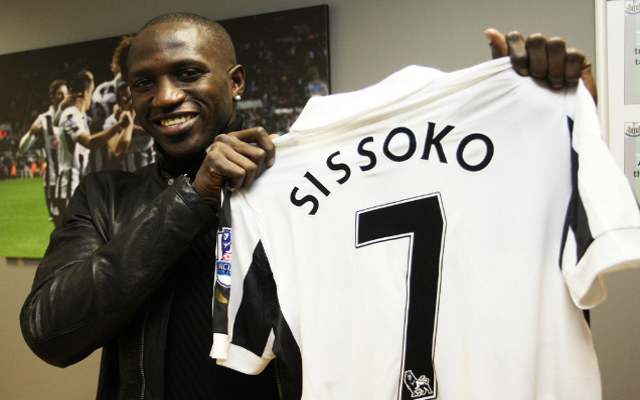 Newcastle have confirmed the signing of France midfielder Moussa Sissoko from Toulouse.

Sissoko’s French club had already announced the deal had been completed on Thursday and 24 hours later Newcastle followed up with an official announcement that the 23-year-old has moved to St James’ Park on a six-and-half-year contract.

“I am delighted to be a Newcastle United player,” he told the club’s website.

“This is a massive club playing in the best league in the world, and I believe my style of play is suited to the Premier League.

“I have heard lots about how fantastic the Newcastle supporters are and cannot wait to get started.

“I am rising to a new challenge by coming here and want to firstly help the team improve this season and then progress after that.”

Six other Frenchmen were already on the books at Newcastle, in the shape of Yohan Cabaye, Romain Amalfitano, Hatem Ben Arfa, Sylvain Marveaux, Gabriel Obertan and Mehdi Abeid.

“This transfer window has proved very productive for us and Moussa arriving today is a massive plus for the club,” Magpies boss Alan Pardew said.

“He will bring drive and energy to the squad, he is a winner and that’s why I’m especially pleased to have him with us.

“What all our signings this window bring is essential competition for places and that is great for the remainder of the season.”