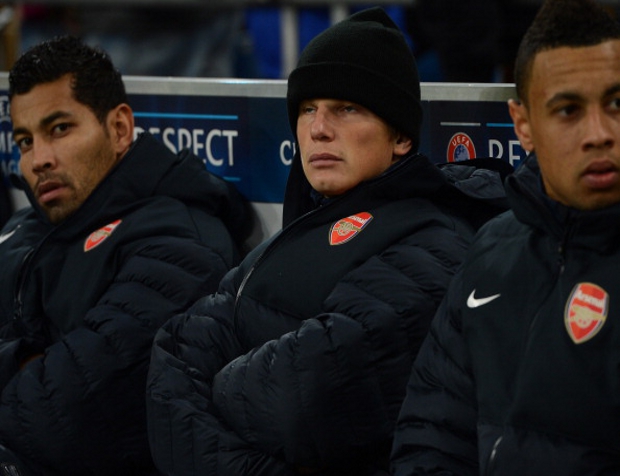 Andrey Arshavin not on his way to the Madejski Stadium.

Arsenal misfit Andrey Arshavin will not be offered a way out of his Emirates nightmare by Reading after Madejski Stadium boss Brian McDermott ruled out a move in the January transfer window.

Russian international Arshavin has been out of favour at Arsenal this season after struggling to impress manager Arsene Wenger on his fleeting appearances, and is expected to leave the club this month.

But McDermott insists that Reading, who have been strongly linked with a move for Arshavin because of the influence of the club’s Russian owner Anton Zingarevich, are not likely to offer him a way out of Arsenal this month.

“It’s one that I’ve heard many times,” he told Sky Sports. “He’s an Arsenal player. I don’t think he will be a Reading player.”

“That’s not to say that if a player came in that we felt was right for us, at the right cost, then the owner would have to make a decision to back that deal. Then we will wait and see. It’s not a case of we wouldn’t if it was right.”