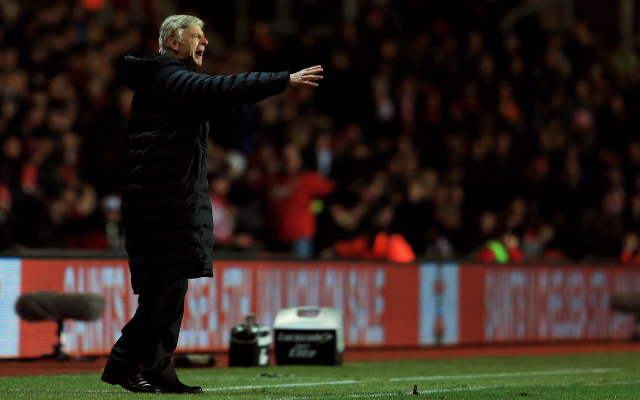 Check in to Brighton and Hove Albion vs Arsenal

Arsenal centre-back Laurent Koscielny believes the humiliating experience of losing to League Two minnows Bradford will help the Gunners avoid a second humiliating defeat at Brighton in their FA Cup fourth round tie.

The FA Cup looks Arsenal’s most realistic chance of silverware this season but if they are to progress in the competition, they must overcome a potentially tricky test against Championship opposition in the last 32.

Gus Poyet’s Brighton side are challenging for a place in the second tier play-offs and confirmed their threat in the previous round when they knocked out Premier League strugglers Newcastle.

That will signal a warning for Koscielny and his Arsenal team-mates, who are still smarting from an embarrassing defeat on penalties to Bradford in the League Cup quarter-finals.

The loss at Valley Parade in December confirmed to the France centre-back his side can take nothing for granted.

“The lesson is that it is not just with your quality that you can win a game. All of the team must concentrate and want the same thing,” said Koscielny.

“We must be prepared to fight and stay focused on our quality and play our football like we do in every game. If we play like this then we can win every game.

“Whether it is the FA Cup or the French Cup, it’s all the same: the smaller teams always want to win against the big teams.

“They would like to beat Arsenal, so it will be hard and we will have to fight. We must play our football to win this game.

“We are favourites, so there is a little more pressure when you play. It will be difficult but if we keep our quality and play our football, we can win.”

Arsenal head into the tie on the back of a 5-1 demolition of West Ham on Wednesday which helped lift spirits after the disappointing 2-1 defeat at Chelsea.

The win included two goals for France striker Olivier Giroud who has now scored 11 goals for the club since his pre-season move from Montpellier.

But Giroud insists there is more to come from him in the second half of the season.

“It is good thing to reach this number of goals, but I want to keep going and score more,” he said.

“I know my team-mates very well, so I feel really good in games. I have scored 11 goals and I have nine assists but I know I can do more.”

Meanwhile, Arsenal’s visit will give Brighton the chance to show how far they have come since their 6-1 defeat to Liverpool in the fifth round of the competition last season.

Three own goals added to Brighton’s misery that day and former Chelsea star Poyet said: “I’m learning from last year. I want to make sure we don’t give everything in the first 30 minutes. That’s it.

“Our first 35-40 minutes against Liverpool was a really high standard. But then we were finished. It was over. Only one team on the pitch. And we were not even able to compete.

“We need to be a bit smarter. I want to see my team playing the same kind of football but more intelligent.”