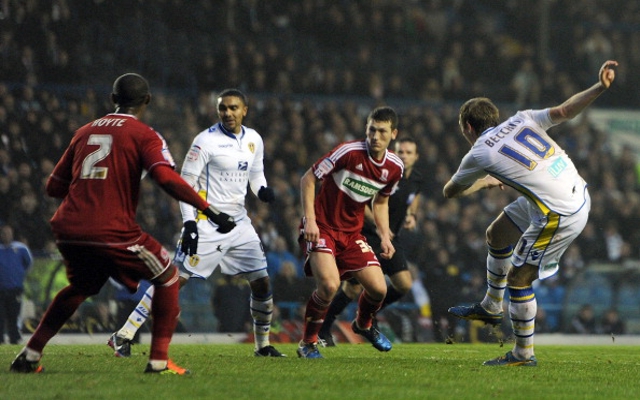 Andre Villas-Boas takes his side to Elland Road for a potentially tricky encounter.

Check in to Leeds United vs Tottenham Hotspur

Steffen Freund has told Tottenham Hotspur not to underestimate Leeds United when they take on to the Championship side at Elland Road this weekend.

Spurs are bidding to book their place in the fifth round and go into the match on the back of an unbeaten eight-match run.

Andre Villas-Boas’s side currently sit fourth in the Premier League and are hoping to secure Champions League football for next season.

But Freund, who joined the club in July as part of Villas-Boas’s backroom staff, knows Leeds will be no pushovers given their recent home form.

“They’ve got nine wins and three defeats at home. It will be a difficult game for us,” he said.

“The FA Cup is one of the biggest cups in the world. It is massive for Tottenham Hotspur. We’ve won it eight times and we’d like to do it again.”

Freund spent five seasons at White Hart Lane as a player and only tasted victory against Leeds once in four attempts.

That coincided with one of the Yorkshire club’s most successful periods in recent history, as they challenged for the Premier League title and reached the semi-finals of the Champions League, where they lost to Valencia in 2001.

The club is now on the way back up having dropped down to the third tier after financial problems and Freund admitted he was surprised at how quickly their demise took hold.

“During my time here as a player we always had difficult games at Elland Road,” he said.

“They were a really strong team, they finished in the semi-finals of the Champions League and they are not in the Premier League at the moment.

“That’s why it’s a surprise for me, but still they have a very strong squad. They beat Southampton and Everton in the League Cup this season.”

The respect is mutual with Neil Warnock backing Tottenham to challenge Manchester’s monopoly at the top of the Premier League.

Leeds manager Warnock said he would happily pay the admission fee this weekend to watch a side he feels is the best equipped to break the stranglehold Manchester United and Manchester City have on the leading Premier League places.

Warnock’s men were beaten 5-1 by Chelsea in the League Cup before Christmas and the Blues are currently third in the top flight, four points in front of Tottenham.

However, Warnock said: “Spurs at the moment are a better side than Chelsea. They’re more fluent and more solid. Tottenham have got everything I’d look for in a team.

Leeds are likely to go into the fourth round tie without Luciano Becchio, their unsettled 19-goal top scorer who this week submitted a transfer request.

The Argentinian is wanted by clubs in China, Spain and Italy, but Warnock insisted the 29-year-old would remain at Leeds unless the club’s valuation of a player still with 18 months to run on his current contract was met.