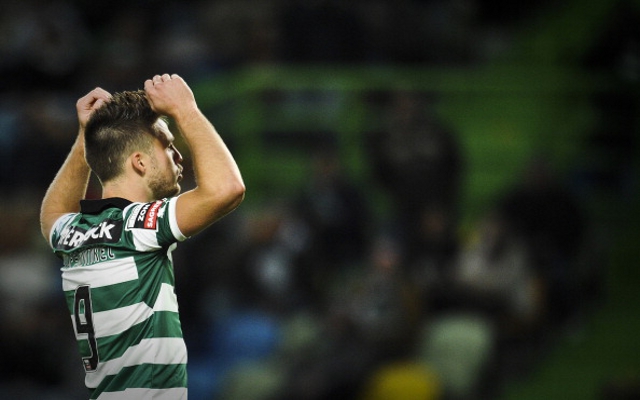 Newcastle have reignited interest in Sporting Lisbon striker Van Wolfswinkel, who was a transfer target for the Magpies prior to him joining the Portuguese side from Dutch side FC Utrecht in a £5million switch last season.

And they have now been joined in the race to sign the 23-year-old, who can play in an attacking midfielder role as well as in his more favoured striker, by Norwich as they look to make a breakthrough in their search for a new striker.

Newcastle are looking to replace Demba Ba, who joined Chelsea in a £7.5million deal at the start of the month, and have had a bid for St Etienne striker Pierre-Emerick Aubameyang rejected by the French side.

Norwich are equally desperate for a new forward to help save them from being embroiled in a relegation battle, but have had two bids for Celtic striker Gary Hooper rejected and have dropped behind Tottenham in the race to sign him. The Carrow Road club have also so far failed in their chase of Swansea City’s Danny Graham.