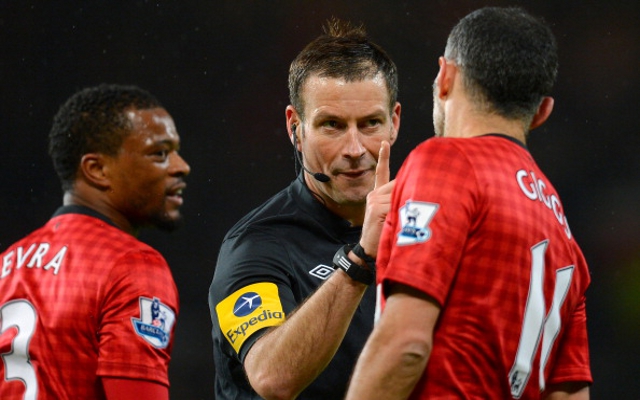 Javier Hernandez netted twice as Man United eased past Fulham and into the FA Cup fifth round.

Twenty years on from his first FA Cup goal, Ryan Giggs set Manchester United on the road to a comfortable fourth-round victory as they swept Fulham aside 4-1 at Old Trafford on Saturday.

The 39-year-old, who claimed the first of his 12 FA Cup goals in a 1-0 win over Brighton and Hove Albion on January 23, 1993, scored an early penalty before a Wayne Rooney goal and a Javier Hernandez brace completed the rout.

Giggs, who has won the FA Cup four times and lost a further three finals during his illustrious United career, handed the hosts the lead when they were awarded a penalty after only 70 seconds.

Rooney had already set the tone for the tie when he powered into the Fulham area, winning a corner with a deflected shot, and taking it himself.

Aaron Hughes rose to challenge Chris Smalling and handled in the process, referee Mark Clattenburg having no hesitation in awarding the penalty.

Giggs, having been handed penalty-taking duties ahead of Rooney in the wake of the England centre-forward’s latest miss, converted into the bottom left-hand corner despite Mark Schwarzer getting a strong hand to the shot.

The third-minute goal was the cue for United to place the visitors under almost unrelenting pressure, with Nani soon capitalising on a slip by John Arne Riise and heading goalwards before placing a meek shot directly at Schwarzer.

Halfway through the first half, Rooney came closest to extending United’s lead when his thundering shot from the edge of the six-yard area was turned onto the crossbar by Schwarzer.

Shots from Nani and Rooney maintained the pressure, while just after the half-hour, Giggs’ run to the left-hand byline ended with a near-post cross that Rooney met, only to be denied by another solid reflex save from Schwarzer.

Fulham right-back Sascha Riether appeared to be his team’s best avenue of attack and he collected Steve Sidwell’s 32nd-minute pass and sent a shot whistling just beyond United’s far post.

Nani was unfortunate in the last minute of the opening period when he rolled a cross-shot across the face of goal and agonisingly wide of the left-hand post.

Former United forward Dimitar Berbatov finally made his presence felt early after the restart, but his 18-yard shot succeeded only in striking former team-mate Patrice Evra on the head.

And United’s response to that rare Fulham attack was predictable, with Rooney seeing a shot cleared off the line by Hughes as he tried to force home a rebound from a Nani effort.

Suitably spurred into action, United then scored twice in the space of three minutes.

The first came from Rooney on 50 minutes after he controlled Anderson’s through ball superbly, checking past Hughes before producing an unstoppable shot from just inside the Fulham area.

Just two minutes later, Hughes appeared to have broken up yet another United attack as he cleared Nani’s shot but the rebound fell to Rooney, whose cross was flicked into the path of Hernandez, via Nani’s heel, and the Mexican forward finished clinically from seven yards.

Hernandez was enjoying the increased space being allowed by the Fulham defence and Giggs was just the man to exploit it.

The veteran threaded a 66th-minute pass into the area for the young forward, who switched feet before scoring via a deflection off Hughes.

Hughes completed an eventful afternoon for himself after 77 minutes when he rose to head in a consolation goal from Giorgos Karagounis’ right-wing corner, but there could have been more goals for the hosts before the final whistle.

Substitute Shinji Kagawa wasted the best opening with a wayward shot high of the mark, while Rooney had another goal ruled out because of a push by Hernandez on a defender.