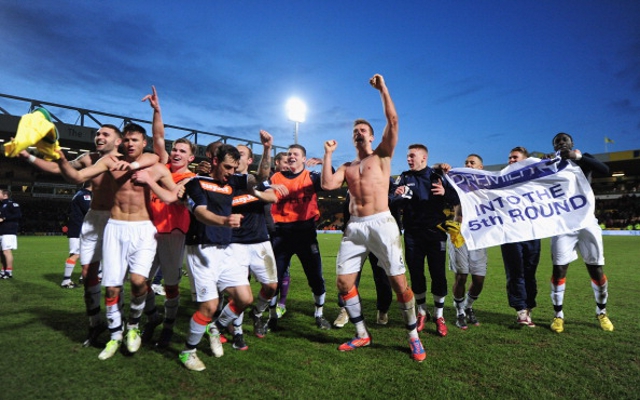 Non-league Luton Town pulled off the shock of the round by beating Premier League opposition at Carrow Road.

Luton, of the fifth-tier Conference National, won 1-0 at Norwich through an 80th-minute Scott Rendell goal to become the first non-league team to eliminate top-flight opposition in 24 years.

League Cup winners in 1988 but relegated from the Football League after going into administration in 2009, Luton began the day 85 places below their opponents in the English league pyramid.

They will be only the seventh non-league team to compete in the fifth round since World War II.

“The players were tremendous today. They held a Premier League team for 90-plus minutes.

“It’s a huge day for them, for me and for our supporters. Norwich pushed us all the way, but we were good for the win in the end.”

PFA Young Player of the Year: Tottenham closing in on Manchester United for most awards won April 26, 2016 11:48
Liverpool FC