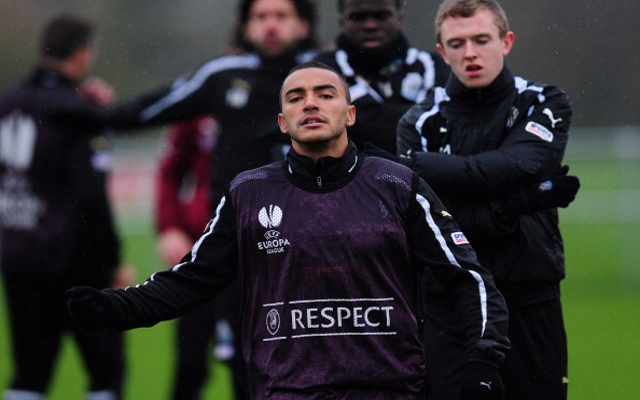 Wigan Athletic have joined the race to sign Newcastle United defender Danny Simpson and are preparing a £400,000 bid, according to the Daily Mail.

Simpson looks set to leave St James’ Park this month following the arrival of several new signings in the January transfer window, and Wigan are understood to lead the race ahead of West Ham, Queens Park Rangers and Fulham, who are also interested.

Wigan boss Roberto Martinez targeted defensive reinforcements this month after losing Ivan Ramis to injury. He has also been without Antolin Alcaraz for much of the season.

Simpson, the former Manchester United full-back, has been a regular at Newcastle for the past four seasons – the first of which was on loan from Old Trafford, but has lost his place following the arrival of French international right-back Mathieu Debuchy.

Simpson is out of contract at the end of the season and is understood to want a move away from Tyneside, and Newcastle are ready to cash in on him now rather than lose him for nothing in the summer.

Newcastle have been busy in the transfer window with Debuchy being followed to St James’ Park by another four French-based players with Mapou Yanga-Mbiwa from Montpellier, Nancy’s Massadio Hairada from Nancy, Yoan Gouffran from Bordeaux and Toulouse’s Moussa Sissoko all signing on.