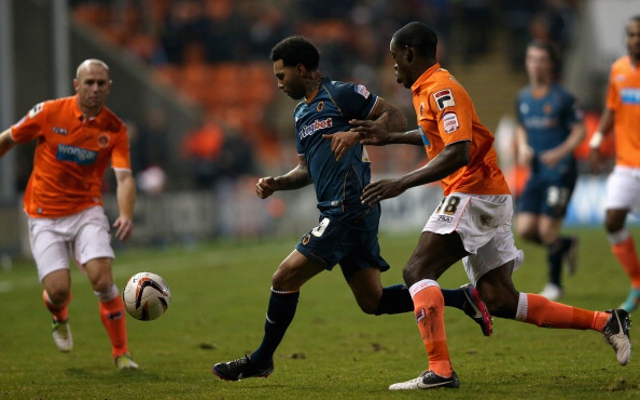 Britannia Stadium star to move to MLS at the end of the season.

Stoke City winger Jermaine Pennant wants to head to the MLS in American when his contract expires at the end of the season.

Pennant, who has now with the 10th club of his career, was expected to be star of the Premier League having been signed by Arsenal for £2million as a 15-year-old but his career has failed to live up to the early expectations.

And the 30-year-old is ready to try something new at the end of the season after revealing he is keen to try his luck in the MLS, where the likes of David Beckham, Robbie Keane and Thierry Henry have headed in recent years.

“Playing in America is a strong option for me,” Pennant told the Sunday People. “You only have to see the calibre of players there of past and present to see how the league is improving. It is getting stronger with every year.”

Having started out with Notts County, Pennant came through the youth ranks at Arsenal but has never been able to settle at one club during his career.

He has loan spells at Watford, Leeds United and Birmingham City prior to moving to St Andrews permanently. He then earned a transfer to Liverpool, who subsequently loaned him to Portsmouth before selling him onto Real Zaragoza.

The Spanish loaned him back to England to Stoke City, who turned the deal into a permanent transfer in 2011 and he has been at the Britannia Stadium since although has been out temporarily at Wolves this season.