Emirates Stadium boss side continues to shop in the German top tier.

Arsene Wenger has to come extent switched the point of squad building focus from Ligue 1 to the Bundesliga over the past couple of seasons, bringing in the proven talents Lukas Podolski, Per Mertesacker to boost his first team squad and sought out impressive youngsters Thomas Eisfeld, Serge Gnabry and Leander Siemann, who were brought in from Borussia Dortmund, Stuttgart and Hertha Berlin respectively.

Now the Gunners boss has earmarked moves for two talents from the German top tier that he may feel could help strengthen potential areas of weakness in his Arsenal squad.

After numerous scouting missions Arsene Wenger has received a great deal of positive feedback with regards to young Bayer Leverkusen forward Andre Schurrle, who has greatly improved after a fairly average first season at the BayArena side.

The former Mainz man is an intelligent attacker who can play in a wide role or in a central striking role and it’s this adaptability that has attracted Wenger into considering a bid for the German international. Though a bid could be launched in January it is thought that the North London club will look to hold out until the summer. 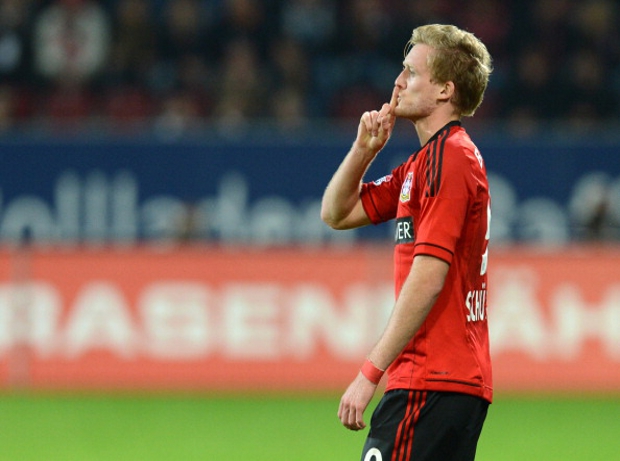 Wenger is well aware of a need to strengthen his attack but having seen Olivier Giroud hit a patch of good form, four goals in two matches, and with Theo Walcott proving himself in a striking role, there is perhaps scope for Arsenal to hold off on a big money offer until the summer.

Chelsea are also said to be very keen on the young talent and have already had two bids turned down by Bayer Leverkusen.