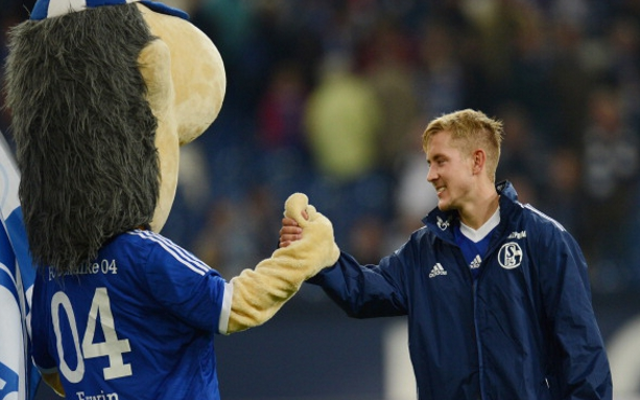 Midfielder Lewis Holtby has completed his transfer to Tottenham early and will move to White Hart Lane this month after Schalke accepted an offer on Monday.

Holtby signed a pre-contract agreement earlier this month to swap Germany for north London at the end of the season on a free transfer, but Tottenham paid £1.5million to bring the transfer forward after losing Brazilian Sandro to a season-ending knee injury.

An initial offer was rejected and labelled “unacceptable” with Schalke wanting £1.5million to buy out the remaining six months of German under-21 captain Holtby’s contract and the two parties reached an agreement on Monday.

A statement on the Spurs website read: “We are delighted to announce that we have reached agreement with Schalke for the immediate transfer of Lewis Holtby.”

The 22-year-old Holtby has signed a four-and-a-half year contract and Schalke director of sport Horst Heldt added: “We have found the best solution for all involved.

“Lewis had hinted to us that he would not be against moving immediately, and Schalke have received a decent sum for a player whose contract was due to expire in five months. We wish Lewis all the best for the future.”