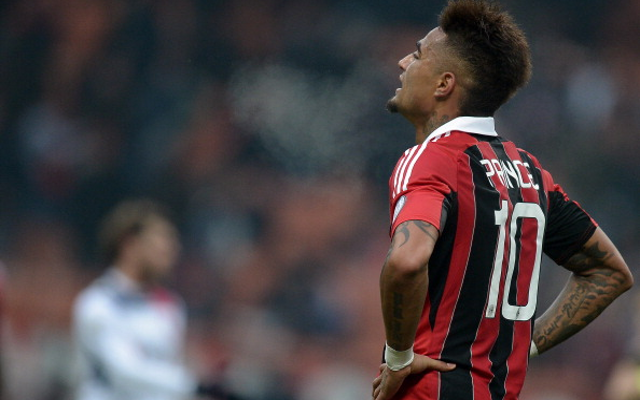 AC Milan are readying an improved bid for Man City striker Mario Balotelli, one the San Siro side hopes will be accepted by the Premier League title holders.

The Daily Mirror claim that AC Milan will offer cash plus Ghana international Kevin Prince Boateng in the hope that such an offer appeals to Roberto Mancini, who apparently doesn’t want to sell the young Italian striker.

Man City paid £24m for Balotelli in 2010 and won’t accept less than that fee this month.

Former Tottenham man Boateng has been a key performer in Massimiliano Allegri’s first team set-up this term but is apparently considered a player AC Milan are happy to use as a makeweight in their pursuit of Mario Balotelli, a player the club sees as a possible strike partner for in form youngster Stephane El Shaarawy.