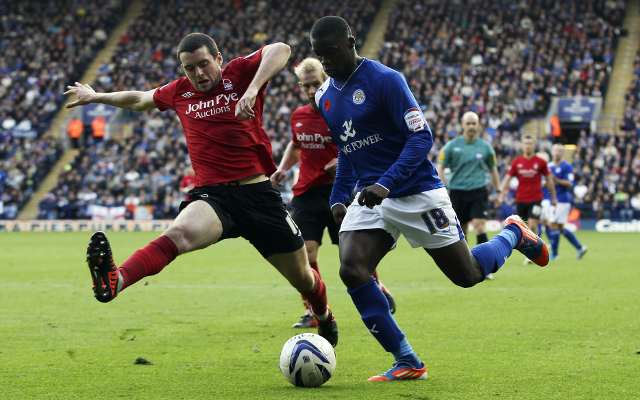 Young striker Jeff Schlupp has extended his spell training with Manchester United as part of an agreement with his club Leicester City.

Schlupp, a 20-year-old Ghana international who was born in Germany, has been at Old Trafford throughout January aiming to enhance his understanding of the game and will stay until the end of the week.

The decision to send Schlupp to Old Trafford is all part of a wider relationship between the two clubs, with United selling Ritchie De Laet and Danny Drinkwater to Leicester and loaning Michael Keane and Jesse Lingard.

“He’s stayed there, we’ve agreed to extend that,” Leicester manager Nigel Pearson is quoted as saying by Sportinglife. “I have spoken to him a few times and Jeff is enjoying himself there, things are going well. I think it’s great experience for the lad.”