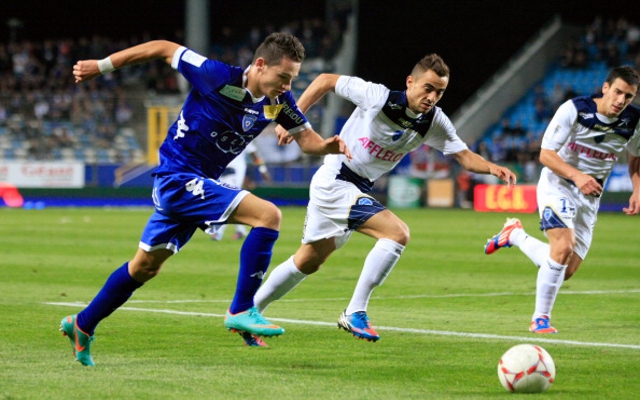 Arsenal and Newcastle have failed in their bids to sign French wonderkid Florian Thauvin after the youngster agreed to join Lille.

The two Premier League sides had been chasing the signing of 20-year-old winger Thauvin throughout January but he opted to remain in France and will join Lille from Bastia on a four-and-a-half year contract. He will remain on loan at Bastia for the rest of the season before linking up with his new club in the summer.

It was reported in France that both Arsenal and Newcastle had both tabled bids for the highly-rated young midfielder, but the pull of joining Ligue 1 giants Lille swayed Thauvin’s decision.

“I am very pleased to join Lille,” Sky Sports quote Thauvin as saying. “Lille offered me a beautiful sporting project and I immediately liked it. With the support of my advisors we agreed to it straight away.”

Arsenal have yet to make a breakthrough in the transfer this month, but Newcastle on the other hand have completed five transfers all from France with the captures of Mathieu Debuchy, Mapou Yanga-Mbiwa, Moussa Sissoko, Yoan Gouffran and Massadio Hairada.