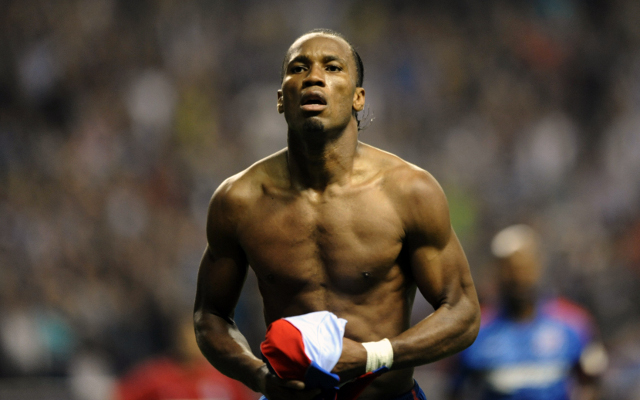 Striker Didier Drogba is set to face FIFA action over his transfer to Galatasaray this month with employers Shanghai Shenhua claiming the move breaches his contract.

Former Chelsea forward Drogba left Stamford Bridge at the end of last season on a free transfer after helping the club to land the Champions League and signed a two-and-a-half year contract with Chinese Super League side Shanghai Shenhua.

But after just six months in China, he agreed to join Turkish giants Galatasaray earlier this week. However Shanghai Shenhua claim that the 34-year-old, who is currently on international duty with the Ivory Coast at the African Nations Cup, is in breach of his contract.

“We understand that Drogba is eager to participate in the European Champions League,” Shanghai Shenhua said in a statement. “Shanghai Shenhua Football Club and Drogba on July 1, 2012 officially signed a formal contract for a period of two-and-a-half years. The club has acted in accordance with this contract, and has effectively fulfilled the responsibilities and obligations of the club.

“Currently, Drogba is still a player of Shanghai Shenhua Football Club, the contract between the two parties is still within the period of validity. Shanghai Shenhua is prepared to collate all the evidence and information and submit it to FIFA in order to protect its interests.”

‘He was the man at Chelsea’ – Star reveals his childhood hero and details unexpected position change Nov 12 2020, 11:25
Chelsea FC