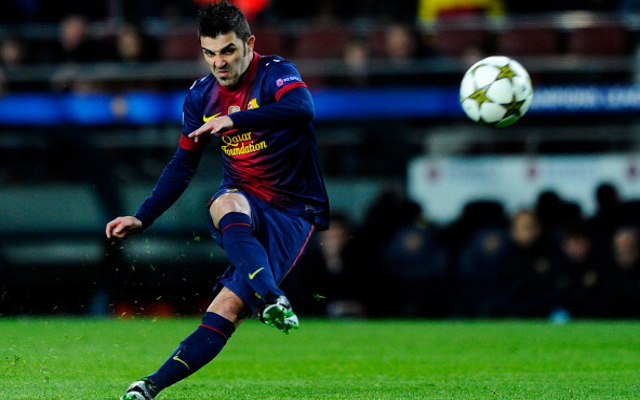 Barcelona striker not on wanted list at the Etihad Stadium.

Manchester City will not be making a move to sign Barcelona striker David Villa to replace the AC Milan-bound Mario Balotelli, according to Sky Sports.

City have been linked with a swoop for Villa, who has been wanted  by Arsenal for much of the month, following the £17million sale of Balotelli to AC Milan, which is expected to be concluded on Wednesday.

But, according to Sky Sports, Manchester City will not be trying to do a deal to bring World Cup winner Villa to the Etihad Stadium with manager Roberto Mancini favouring finishing the season with three striker – Sergio Aguero, Carlos Tevez and Edin Dzeko

Mancini said: “I don’t know [about a replacement], we have three strikers, we will see, we only have two days it is difficult to get the player now.”

City have also been linked with moves for Napoli striker Edison Cavani and Atletico Madrid’s Radamel Falcao. Arsenal, meanwhile, ruled themselves out of the running for Villa after Barcelona refused to sell.