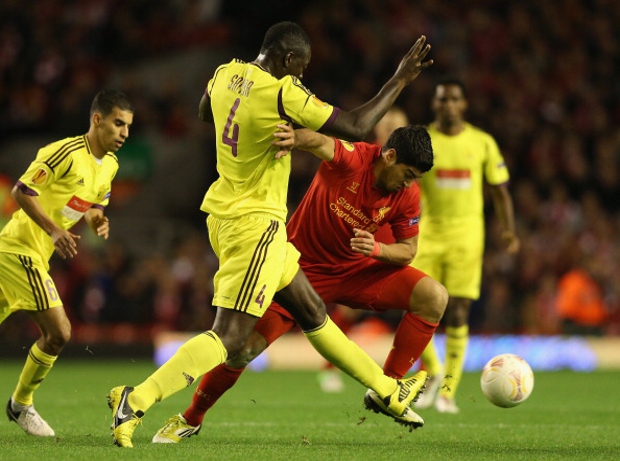 Former Blackburn defender on his way to Loftus Road.

Queens Park Rangers manager Harry Redknapp looks set to make a breakthrough in his search for a central defender after activating a release clause in the contract of Christopher Samba.

Former Blackburn Rovers defender Samba moved to Russia in February to join Anzhi Makhachkala, but is set to return to the Premier League less than a year after leaving it behind.

Anzhi manager Guus Hiddink confirmed on Wednesday that Samba is on his way to London for talks with QPR, who activated a release clause in the 28-year-old defender’s contract by meeting an undisclosed asking price.

“He left for England yesterday,” Hiddink told Sportinglife. “I hope that today or tomorrow we’ll find out what has really happened. It’s a shame to talk about this but he didn’t even say goodbye, he didn’t explain anything to us. Whatever happens to you in life, you should take into account the people with whom you work with.

“It’s not a great situation for us. He started the pre-season camps with us, but then suddenly in the last few days he started to make contact with England, that’s despite still being on contract with Anzhi. Now we have a new situation. We need to be realistic and see what we can do before the transfer window closes.”

Redknapp has been searching for a centre-back to replace the MLS-bound Ryan Nelson, who played his last game for the club on Tuesday. And it looks like Samba will be that man after bids to bring Jonas Olsson, Michael Dawson, William Gallas and Joleon Lescott failed.