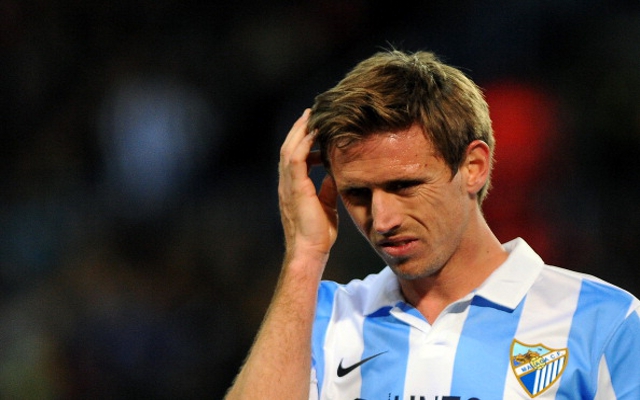 Arsenal are reportedly closing in on a deal to sign 26 year old Magala left-back Nacho Monreal.

The Spanish international appears to be seen by Arsene Wenger as a logical replacement for Kieran Gibbs, who is once again out with an injury that he suffered during last night’s draw with Liverpool.

The Daily Mail confirms that Arsenal will land the former Osasuna man in a deal that will cost the North London club £10m.

Monreal has impressed in his 18 months at Malaga, helping his side to secure a Champions League berth and he becomes the second player to make the move from La Rosaleda to the Emirates Stadium, with Santi Cazorla making the same switch last summer.

This same source claims that any hope of signing Barcelona striker David Villa today have been dashed after the Nou Camp forward was spotted shopping this afternoon.

Nacho Monreal will be the first Arsenal signing of the January transfer window.

The Pamplona born left-back racked up over 120 appearances for Osasuna before moving to Malaga in a £4.5m deal in June 2011.

Such a move may well leave Brazilian Andre Santos wondering what future he has at Arsenal.