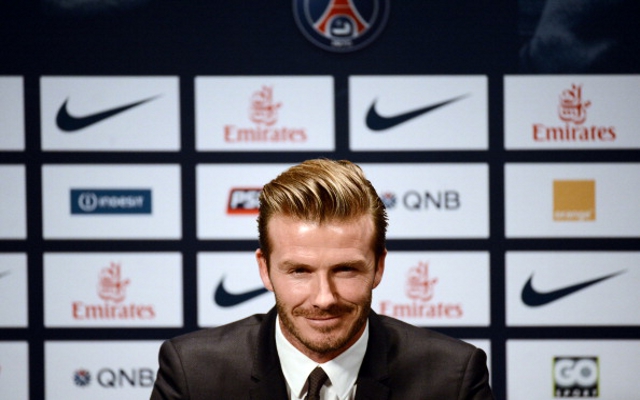 Former England captain David Beckham on Thursday signed for Paris Saint-Germain, inking a five-month deal with the Ligue 1 leaders until the end of June, the club said.

“I’m pleased to be able to welcome David Beckham to our club,” PSG president Nasser Al-Khelaifi told a packed news conference, adding: “He will be joining us for five months until June 30.”

Beckham will reportedly give his £150k a week salary to a local children’s charity according to the Daily Mail.

The 37 year old explained his generous gesture by stating;’For me it’s always been about playing football, I considered other offers on the table. But one of the reasons I wanted to come to Paris was quite unique.

‘We’ve decided my salary will go towards a local children’s charity in Paris and that’s one of the things we’re very excited and proud to be able to do. I’m not sure it’s been done before but it’s something I’m very passionate about.’

He also revealed that his wife and family would not be moving to Paris during his short term spell at PSG, during which he will hope to guide Carlo Ancelotti’s side to a much overdue Ligue 1 title.

The Parisian side are joint top of the table and the former Blues boss will hope to secure the big spending club’s first domestic title since 1993/94.