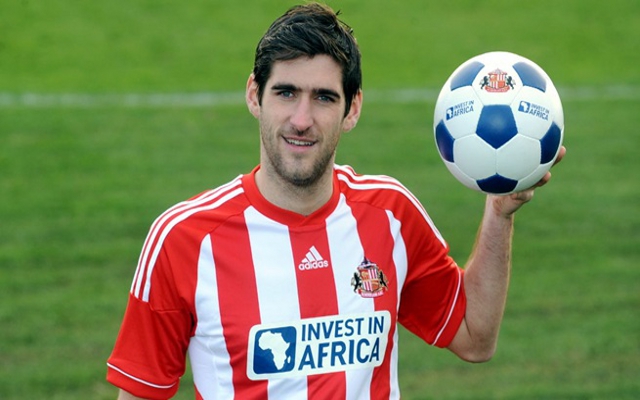 Swansea City striker Danny Graham has completed a move to Sunderland after agreeing a deal to join the Stadium of Light side in a £5million deal.

Graham, a native of the north-east having been born in Gateshead, has signed a three-and-a-half year deal to join Martin O’Neill’s side and return “home”.

Graham had been the subject of much interest in the transfer window with Norwich City, Queens Park Rangers, Reading and Stoke City all keen to sign him along with Sunderland, who had table the £5million bid last week.

Middlesbrough, where Graham started his career, complicated matters on Thursday morning when having an offer accepted for the striker but the 27-year-old turned down the chance of joining the Championship club, That left Sunderland in pole position to complete a £5million transfer and take Graham back to his native north-east.

Sunderland manager Martin O’Neill had been desperate to bring in a new striker to ease the workload on top scorer Steven Fletcher after allowing Louis Saha, Fraizer Campbell and Ji Dong-Won leave the club in the transfer window.

O’Neill has already signed midfielder Alfred N’Diaye from Bursaspor and defender Kader Mangane on loan from Al-Hilal this month, while he has also been linked with swoop for Lazio forward Mauro Zarate.