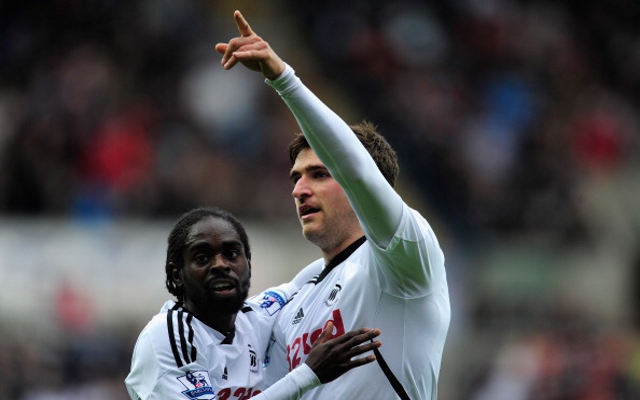 Liberty Stadium forward on his way to the Riverside?

Middlesbrough have reportedly agreed a deal with Swansea City for striker Danny Graham according to Sky Sports.

The 27 year old has requested to leave the Liberty Stadium having seen his role in the club’s first team compromised by the good form shown by new signing Michu.

Many had predicted a move to Sunderland was on the cards but now it appears a move to back to the Riverside could be a more likely bet for the Gateshead born striker.

Graham spent four years at Middlesbrough early in his career but failed to make an impact, spending much of his time out on loan. Indeed the Swansea City forward only managed 1 league start before he was sold to Carlisle United.

A move back to Boro may appeal to the striker and boss Tony Mowbray would hope that such a capture would aid the club’s push for promotion back to the top tier.

Middlesbrough vs Liverpool player ratings: Lallana gets a 9 as he steps up in Coutinho’s absence Dec 14 2016, 22:46
Liverpool FC