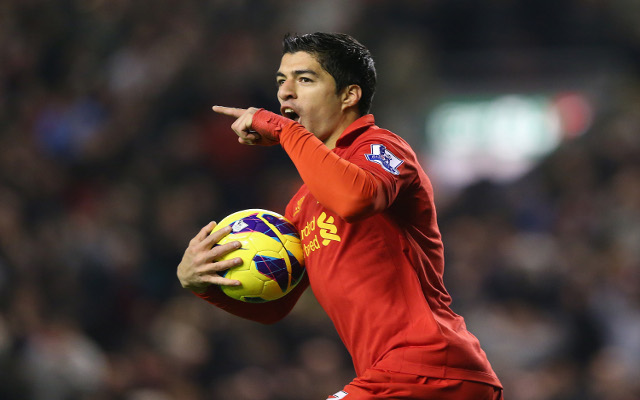 Manchester City have put Liverpool striker Luis Suarez at the top of their summer shopping list and are preparing a £40million bid.

According to Daily Mail, Manchester City manager Roberto Mancini’s shortlist is topped by Uruguayan forward Suarez, who pledged his future to Liverpool after speculation linked with him with leaving Anfield in the January transfer window.

But Mancini is preparing to put together a package in the summer take Suarez to the Etihad Stadium as a replacement for Mario Balotelli, who called time on his controversial two-and-a-half years in the Premier League when joining AC Milan in an initial £17million deal on deadline day.

Suarez, who sign a new four-year deal only recently with Liverpool, comes face-to-face with Mancini’s side on Sunday and the Manchester City is full of the praise for the man he hopes will be pulling on a sky blue shirt next season.

Mancini said: “For me, Suarez is a top player. I like him as he is strong, he works. He’s one of the best in England.”

In regards to signing Suarez, who is also understood to be wanted by Pep Guardiola when he takes over at Bayern Munich in the summer, Mancini added: “Suarez plays for Liverpool. He has quality and is strong.”

City, who will finish the season with three strikers – Sergio Aguero, Carlos Tevez and Edin Dzeko, have also been linked with moves for Napoli’s Edinson Cavani, an international team-mate of Suarez, and Atletico Madrid forward Radamel Falcao at the end of the season to replace Balotelli.