Arsenal boss Arsene Wenger is reportedly keen on in-form Belgian attacker Dries Mertens. The pint sized forward has long been on the Gunners radar but the move to convert Theo Walcott from a wide role into a more central striking role will push the Emirates Stadium side to make a bid for the PSV Eindhoven star.

The speedy 25 year old has been a massive success since his move to PSV from Utrecht 18 months ago, with Mertens scoring 37 goals in 60 appearances for the Philips Stadion side.

As with most talented players in the Dutch top tier, a move to one of Europe’s ‘Big Leagues’ is almost inevitable and Wenger hopes to lure Mertens to the North London club this summer. 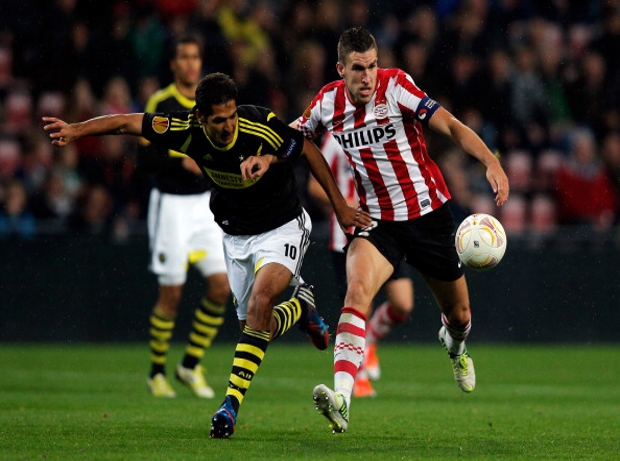 The 22 year old rangy midfielder is also known to be on Man United’s radar but Wenger will hope he can lure the Dutch international to Arsenal this summer.

Now a regular in Louis van Gaal’s national team set-up Strootman has been a hugely crucial member of PSV’s push for an Eredivisie title this term and an adaptable midfield talent Wenger feels could add more balance to his squad.

Currently Wenger has a seemingly endless list of creative talents and the Arsenal boss will hope to bring in Strootman to offer protection as well as time and space to the likes of Jack Wilshere, Mikel Arteta and Santi Cazorla.

PSV spent a combined fee of £11m to bring in Mertens and Strootman in June 2011 and Arsenal are ready to offer up to £25m to land the duo.