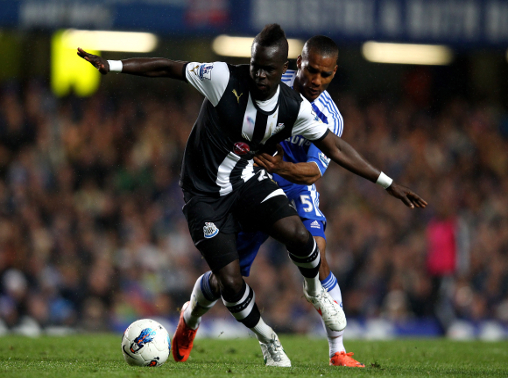 Chelsea have been crying out for a holding midfielder since Claude Makalele left the club and, as far as the Premier League goes, there are few better than Chieck Tiote.

The enforcer could well be sold in the summer as part of Newcastle United’s policy to sell on players at the peak of their career and therefore at their highest value. The arrival of a number of new faces at St James’ Park means that Alan Pardew does not have to be so reliant on the Ivory Coast international next season.

Tiote is the ideal man to sit in front of the back four at Stamford Bridge and perform that Makalele role in the future, providing a tough tackling edge that perhaps that Chelsea have been missing for some time.

John Obi Mikel has never really made that position his own despite years of trying since Makalele left the club, and central defender David Luiz looks an unnatural in the role after being trialled in the holding role under Rafael Benitez.