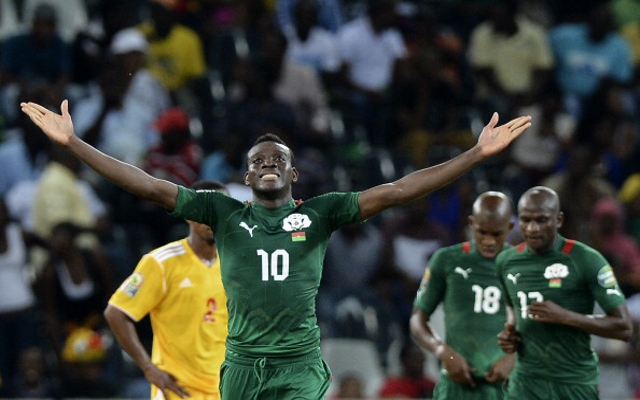 Arsenal are plotting a move for £5m Ligue 1 striker Alain Traore according to the Metro.

The North London club were reportedly hopeful of signing the Lorient man in January but the 25 year old suffered a thigh injury that curtailed Arsene Wenger’s interest, albeit only temporarily.

The Burkina Faso international has been in excellent form at the Africa Cup of Nations finals, his three goals making him the joint top scorer whilst helping his country to a semi-final berth against Ghana on Wednesday.

This source believes Man United are also keen on the former Auxerre forward who can play in a wide attacking role as well as in a central striking spot.

Lorient are said to be after a fee of £5m, a fee that seems more than reasonable in today’s inflated transfer market. Traore only moved to the Stade du Moustoir side last July but has been mightily impressive when used in tandem with former Arsenal man Jeremie Aliadiere.

Arsene Wenger has seen Olivier Giroud and Theo Walcott both hit good runs of form but may feel that Traore can offer an alternative up front and at the price quoted is certainly one Arsenal can afford to pursue.