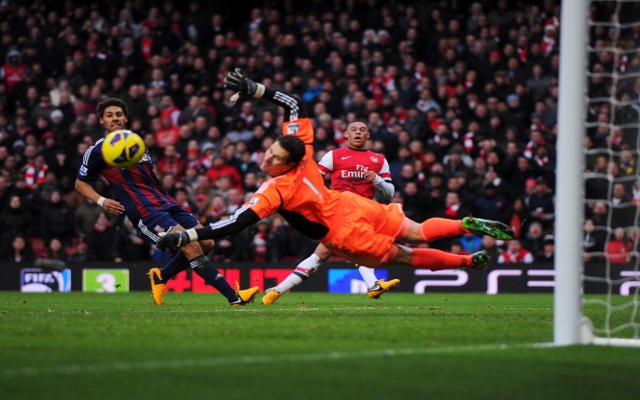 Manchester United will have to pay £15million if they want to sign goalkeeper Asmir Begovic from Stoke City in the summer.

Bosnian international Begovic is the number one target of Sir Alex Ferguson, who has been impressed by the Stoke stopper in the Premier League this season, and a £9million bid was being prepared.

But, according to the Daily Mirror, Stoke have slapped a price tag on the head of the former Portsmouth goalkeeper and have told Premier League leaders United that they want £15million for the 25-year-old.

Manchester United are set to bring in a new goalkeeper at the end of the season with Ferguson not convinced his current number one David De Gea is up to the task of playing in the Premier League following a number of errors.

Begovic heads a list of targets that also includes Barcelona goalkeeper Victor Valdes and Pepe Reina, who could leave Anfield in the summer.

The potential availability of Begovic, who is also wanted by Manchester City, strengthened on deadline day when Stoke signed young England goalkeeper Jack Butland from Birmingham City for £5million. He will remain at St Andrews for the rest of the current campaign before linking up with Stoke ahead of next season.