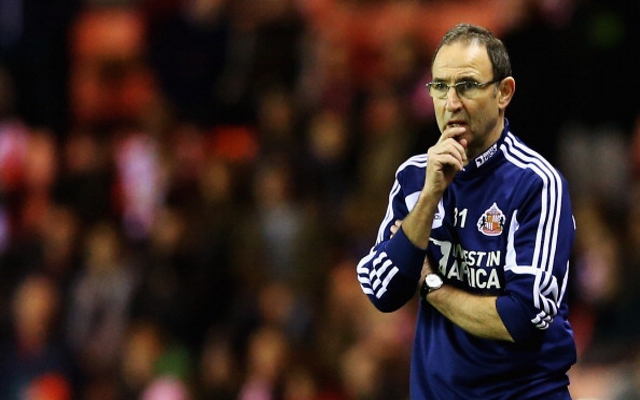 Stadium of Light boss is preparing a £2.5million offer.

Sunderland manager Martin O’Neill wants to be reunited with Shaun Maloney and is preparing a £2.5million offer for the Wigan winger.

O’Neill managed Maloney at Celtic and then took him to Aston Villa when in charge there, and he is keen to work with the Scotland international wideman once again and wants to take him to the Stadium of Light at the end of the season, according to the Sunday People.

Sunderland had been interested in doing a deal in the January transfer window after O’Neill was impressed with Maloney’s second-half performance as the Black Cats held on to overcome Wigan 3-2 at the DW Stadium.

Wigan persuaded Maloney to sign a new deal but he could still be on his way out of the club if Sunderland meet the £2.5million asking price, with Latics boss Roberto Mancini unlikely to stand in the way of the deal going through for the 30-year-old.

The arrival of Maloney would potential spell an end to Stephane Sessegnon’s time on Wearside with O’Neill not convinced that the Frenchman, who plays in a free role, can fit into his long-term plans for the club and formation.