Ten deals we believe will come to fruition this summer. 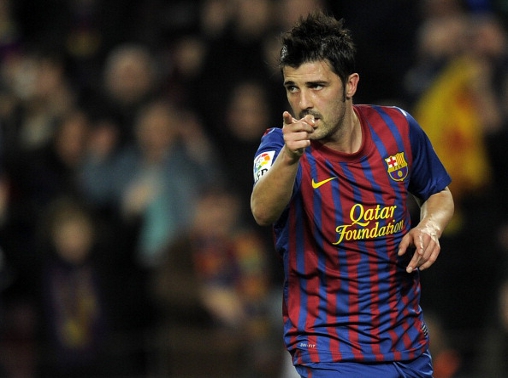 We expect Arsene Wenger to re-ignite his interest in the Spanish international in the summer and will finally secure a deal to bring the Barcelona man to the Emirates Stadium.

31 year old marksman Villa will have just a year to run on his contract come the summer and the Gunners will then have more of a chance of persuading the Catalan club to sell and are readying a £14m bid for the former Valencia striker.

Wenger is ready to offer the experienced attacker a three or four year deal and is willing to meet the player’s current wage demands, said to be in the region of £110k a week.

Barcelona boss Tito Vilanova has used David Villa fairly sparingly, opting in the main to use the likes of Alexis Sanchez and Pedro over Spain’s record international goal-scorer, this hasn’t blunted the striker’s edge though.

David Villa has still netted ten goals in all competitions despite making just 12 starts and Wenger clearly feels that despite his age the La Liga man could be a great asset to add to his Arsenal strike-force.

Arsenal have had little problem hitting the back of the net this term, scoring 49 goals in 23 Premier League fixtures, but Arsene Wenger’s decision to use the likes of Lukas Podolski and Gervinho in wide areas does mean that the Emirates Stadium side only really have to central striking options in the form of Olivier Giroud and Theo Walcott.

The success of any move for Villa will of course greatly depend on Arsenal having secured a Champions League berth for next term.