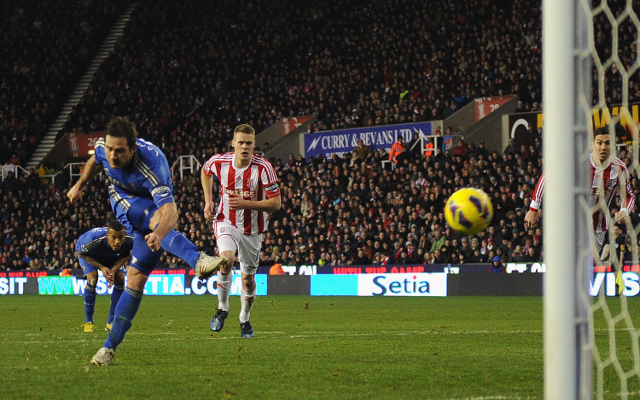 Frank Lampard has been offered a new one-year contract by Chelsea following a u-turn over his future at Stamford Bridge.

The 34-year-old England midfielder has been the subject of much speculation in recent months with his current contract due to expire at the end of the season and Chelsea having failed to open negotiations over a new one.

He was set to leave on a free transfer but Lampard, who is in the form of his life with 12 goals to his name this season, is set to be offered a 12-month extension to his contract and extend his 12-year spell at Stamford Bridge in the process following a u-turn on his future by Chelsea owner Roman Abramovich.

Lampard was linked with a move to the MLS to replace David Beckham at Los Angeles Galaxy as well as a switch to Italy, Spain or France, but the reports suggest that Chelsea have had a change of heart and have offered Lampard new terms.

Team-mate Ashley Cole has already signed a one-year extension and will continue his career at Chelsea until at least the end of next season.