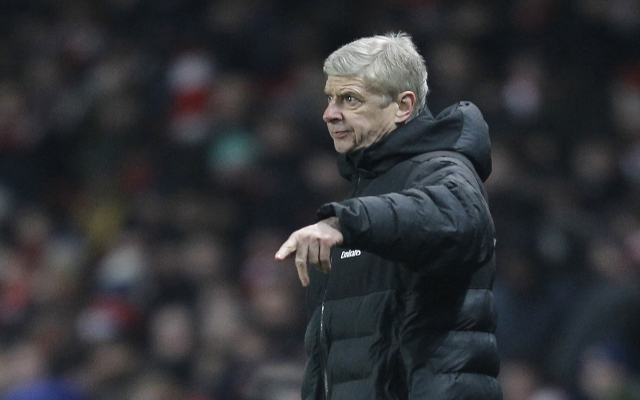 Emirates Stadium side set for busy summer of transfer dealings.

Arsenal boss Arsene Wenger is ready to make significant changes to his Gunners squad next summer according to the Telegraph.

The Frenchman is set to make an offer in excess of the club’s record transfer fee in order to land number one striker target Stevan Jovetic with Wenger keen to sign a player who is seen as similar in style to a young Robin Van Persie.

It will take an offer of at least £20m to tempt Fiorentina into selling their most effective attacking weapon but perhaps the fact that boss Vincenzo Montella has already signed Giuseppe Rossi, brought in from Villarreal last month, could be a sign that the Serie A side are willing to consider offers for the 23 year old Montenegrin.

Jovetic scored 14 goals in 27 league starts last term and has managed another nine already this term. Wenger will switch attention away from Barcelona veteran David Villa to Jovetic and has targets in sight to resolve two other ‘problem areas’ he wishes to fix in the summer.

The Arsenal boss is targeting a right-back signing with Bacary Sagna’s future at the club said to be in doubt, this is despite the fact that Wenger has impressive youngster Carl Jenkinson to call upon if he does indeed lose the experienced French international. Wenger’s pursuit of a holding midfielder has led him to Toulouse where he continues to monitor Etienne Capoue, the 24 year old also said to be a Newcastle United target though Alan Pardew’s addition of many signings in January may negate the need to once again conduct a Ligue 1 raid.

The lack of an out and out defensive midfielder has left Mikel Arteta occupying a more defensively minded role but Wenger apparently sees Capoue as an ideal midfield partner for the Spaniard.