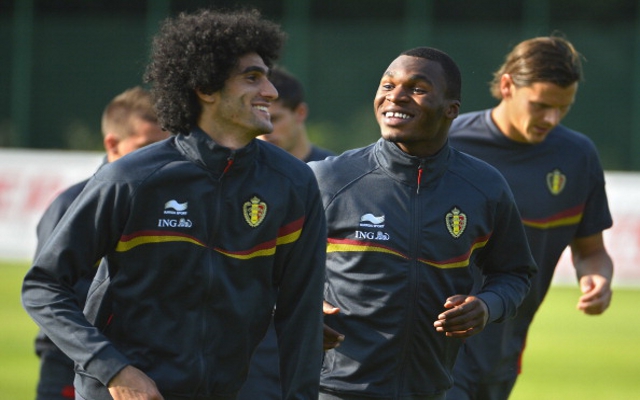 Stamford Bridge side told to make an offer for Goodison Park star.

Everton midfielder Marouane Fellaini has encouraged Chelsea to make an offer for his services according to The Sun.

The 25 year old Belgian has told Chelsea to make an offer for his services as the attacking midfielder looks to secure a move to a side that can offer him a taste of Champions League football.

Fellaini is quoted as saying: “If Chelsea want to sign me, then they need to come forward with a bid for me. I have heard about Chelsea’s interest but I’ve honestly not spoken to them.

“Every season I’ve been here, top clubs have been asking about me but, for now, I’m happy at Everton.”

Fellaini added: “It might feel better to play Champions League football for Everton than Chelsea, as they gave me my debut in England.”

One would imagine that should Everton fail to secure a Champions League berth then the chances of David Moyes holding on to the in-form midfield powerhouse will decrease significantly. This source quotes Fellaini’s value at £30m, a fee Blues owner Roman Abramovich would presumably have little problem forking out.

Chelsea’s pursuit of Fellaini would surely be aided by the fact that four of his countrymen are already at the Stamford Bridge side; Eden Hazard, Thiabaut Courtois, Romelu Lukaku and Kevin de Bruyne.

The goal-scoring midfielder has been in the best form of his Goodison Park career this season, netting 10 goals in 20 Premier League appearances this season. Perhaps the chances of a move would further increase if veteran Frank Lampard leaves the West London club this summer.