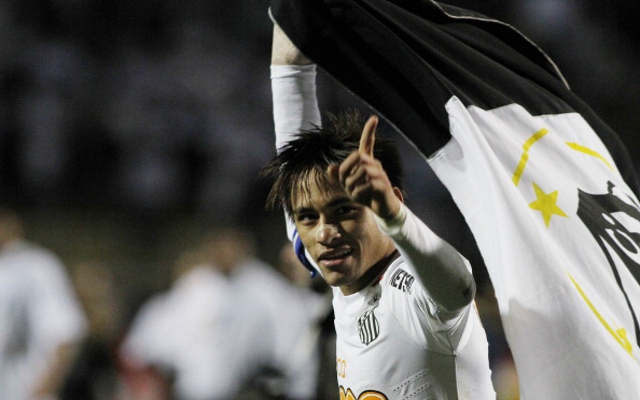 Check in to Bayern Munchen vs Schalke 04

Brazilian starlet Neymar is open to a move to Bayern Munich despite growing speculation that the 21 year old will move to either Real Madrid of Barcelona according to ESPN.

Neymar claims he will stay with Santos until after the 2014 World Cup but a raft of reports suggest that he could in fact leave for Europe this summer.

With Pep Guardiola set to take over at the Alianz Arena at the end of the season it would appear that the chances of Neymar moving to Bavaria would have increased.

Neymar is quoted as saying; “All leagues are interesting in the end, including the Bundesliga,”

“Bayern are a big club with extraordinary players. Playing for Bayern is something I could imagine doing. There is nothing that speaks against this.

“[Bastian] Schweinsteiger is one of the best players I have ever seen. It is the basics that make him strong: his positioning, his passing and his presence on the field.

“I dreamed to play in Europe since I was a child, but it is important I feel good and adapt with the rest of the team. [The transfer] doesn’t have to be Spain necessarily.”

There is a school of thought that Neymar’s quality is in question until he pits his wits against Europe’s best in one of the ‘Big Leagues’ and a move to Bundesliga is perhaps a possibility but a move to either the Bernabeu or Nou Camp still seems more likely.

Neymar has scored 128 goals in 207 appearances for Sao Paulo side Santos and managed 17 goals in 27 Brazilian national team appearances.